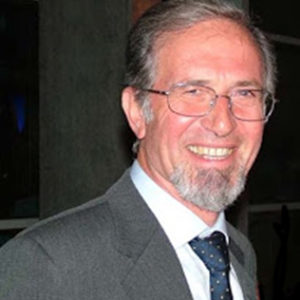 Born in Acireale (Catania province), Italy, 11th Jan. 1940. Emeritus professor of General and Applied Entomology at University of Catania. Member of the Italian Academy of Entomology (Florence), the Gioenia Academy (Catania), and the Zelantea Academy (Acireale).

Degreed (MSc) with praise in Agricultural Sciences (Nov. 1963), and awarded of a six months grant (1964) by the University of Catania, where he was enrolled (Dec. 1964) as Assistant professor at the Entomology Institute, Faculty of Agriculture. Then, he has been appointed (Nov. 1975) as Full professor of Entomological Sciences till his retirement (Nov. 2010).

In the course of the latter office, he was elected Director of the Institute of Agricultural Entomology and, subsequently, of Phytosanitary Science and Technology Department. Managed as local coordinator of the Research Doctorate course for Entomological Sciences. Attended several symposia, and organized in Catania a CEC Euraphid Meeting (1989), the XIX Italian Congress of Entomology (2002), the 37th Italian Congress of Biogeography (2008), the 8th International Symposium on Aphids (2009).

He is author or co-author of about 200 papers of Entomological contents, including sustainable control methodologies (biological control, supervised chemical control, IPM) against pest species. Special interest has been also devoted to ecology and taxonomy of aphids.