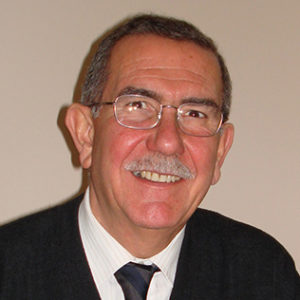 Born in 1952 in Sassari; graduated in 1975 from the University of that city in Agricultural Science where he has soon turned his research activity to the study of the composition and population dynamics of the cork oak lepidopterous fauna, for which he has also developed monitoring techniques and strategies of microbiological control.
In 1985 he was appointed Associate Professor of “Entomology of garden, flowering and ornamental plants” and thereafter he extended his research to phytophagous insects harmful to the main garden and floral cultivations in Sardinia, as well as to pests damaging urban trees and littoral pinewoods.
He was appointed Full Professor of “General and Applied Entomology” in 2000 and he has carried out his activity teaching also “Forest Entomology” until 2016.
He was one of the promoters of the “Integrated Protection in Quercus spp. forests” Working Group within the International Organization for Biological and Integrated Control (West Palearctic Region), which he chaired from 1994 to 1997.
He is the Author of more than 160 scientific papers and he was coordinator of several research projects supported by Italian CNR, European Union and Sardinian Region.
He was dean of the Faculty of Agricolture at Sassari University from 2005 to 2012.